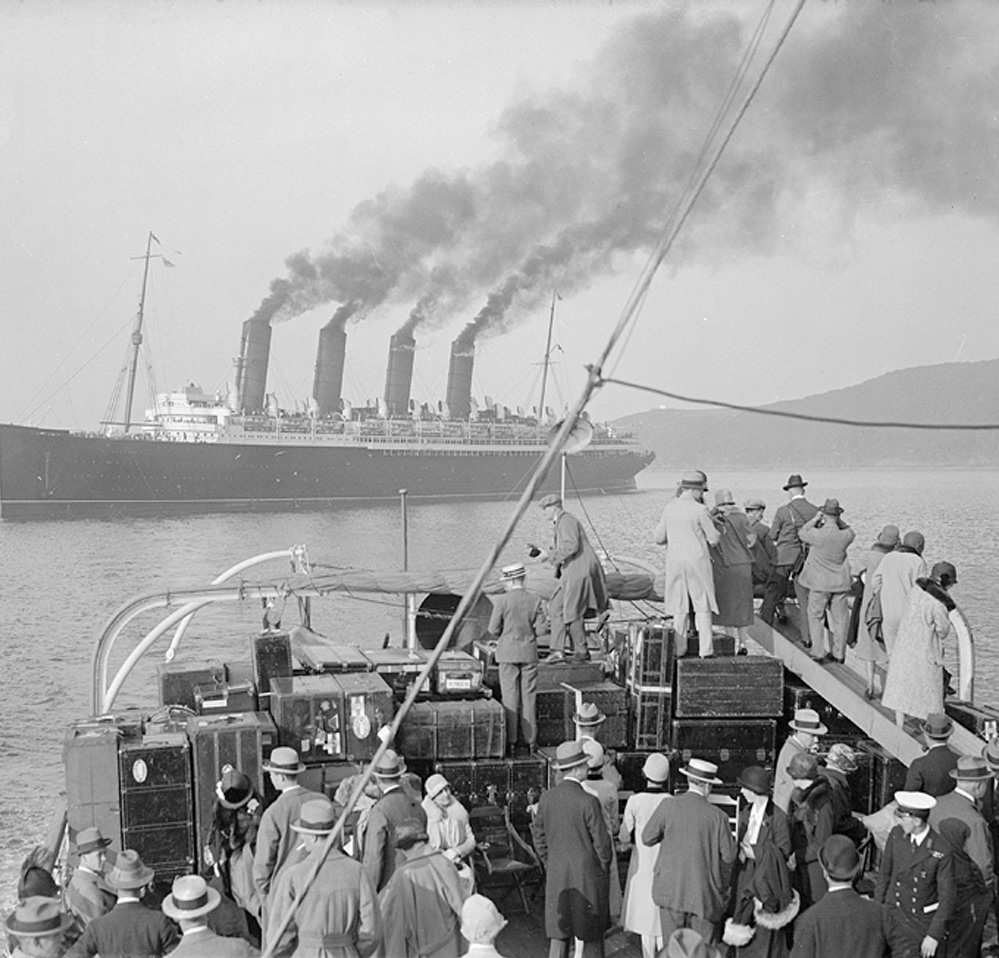 Rebuilding A Life Beyond

A steel mill operator in Moise NC, a seamstress in Buffalo NY, a fabric salesman in Atlanta GA, those are the small victories that give the first-generation Lebanese immigrants hope of rebuilding a life beyond the one they left under the rubbles of Lebanon. The United States has been welcoming our Lebanese brothers and sisters fleeing the hardships of their homeland with open arms for over a century, and to that, we are forever grateful.

Our ancestors’ story begins over 120 years ago when Lebanese families boarded steamboats and traversed across the ocean to dock in the great America. Coming from a small country plagued with imminent threats to its sovereignty and safety, Lebanese people have endured unimaginable pain and destruction and were left dreaming of the US as the land of salvation. They felt overwhelming relief, saw countless opportunities, and heard bells of freedom.

Shadroui 1907, Maalouf 1912, Zaytoun 1914. Those are some family names among the thousands of Lebanese families who immigrated to seek refuge in the US as WWI threat loomed over Lebanon. This trip was no vacation, the families quickly set their humble careers and businesses into motion, which later became the stepping stones of empires that carry their legacies to this day. They took it upon themselves to learn English, played an active part in the American community, and became taxpayer citizens. The first-generation Lebanese immigrants planted the seed of prosperity and ensured that the future Lebanese generations will blossom in a land that recognizes their talents and ambitions and provides the resources to pursue their dreams. 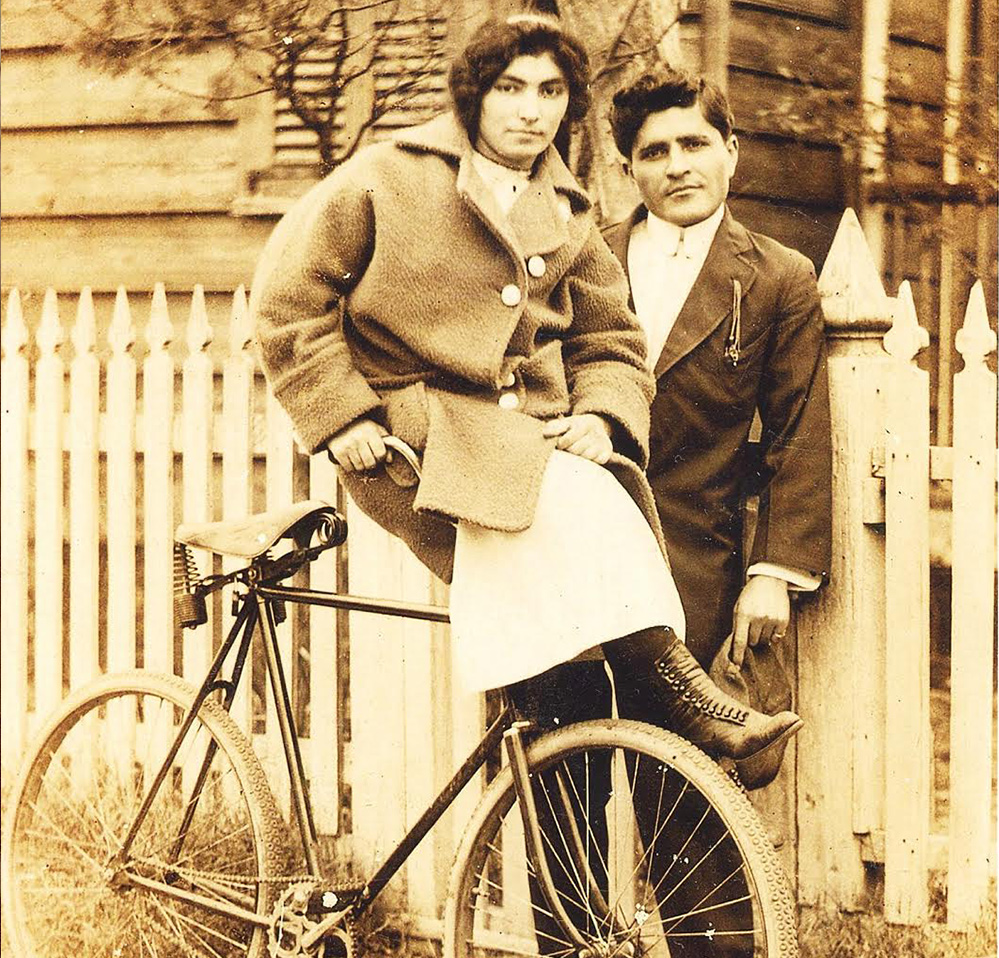 Lebanese American Contributions to the US

Many Lebanese Americans played a prominent role in American politics. Some notable figures include George Mitchell who served as Senator of Maine for 15 years, John H. Sununu was Chief of Staff under President George Bush, Donna Shalala was the Health and Human Services Secretary under President Bill Clinton, Spencer Abraham appointed the Energy Secretary under President George W. Bush, and John Abizaid as US Army Central Command General. Also worth mentioning are Diplomat Philip Habib who helped negotiate an end to the Vietnam War and the Israeli war in Lebanon in 1982, and Senator James Abourezk from South Dakota who was the first Lebanese American to serve in the U.S. Senate and founded the American Arab Anti-Discrimination Committee..

In addition to becoming political drivers in the US, the Lebanese Americans have made lasting cultural contributions. Revered poet and artist Kahlil Gibran is author of The Prophet, which is perhaps the best-selling volume globally after the Bible. Gibran’s expression “Ask not what your country can do for you; ask what you can do for your country” was quoted in John F. Kennedy’s inaugural address and remains the most-quoted sentence of any inaugural address in American history. Other prominent writers include children’s novelist Naomi Shihab and William Blatty, author of the book and screenplay The Exorcist.

As to the Lebanese Americans who rose to stardom in Hollywood, we mention Jamie Farr who played Corporal Klinger for 11 years on the popular television series M*A*S*H, and his daughter Marlo Thomas, an Emmy Award-winning actress who starred in the 1960s comedy sitcom That Girl, also his son Emmy Award-winning Tony Thomas for his work on the beloved comedy sitcom Golden Girls and many others. Tony Shalhoub starred for the television show Wings and The Monk. Kathy Najimy was a co-star of the film Sister Act with Whoopi Goldberg; and the legendary guitarist and musician Frank Zappa (1940–1993) was a veteran in the rock world. Finally, Callie Khoury made history by becoming the first woman to receive an Oscar for Best Original Screenplay, for Thelma and Louise.

In the field of Science and medicine, Heart surgeon Michael Debakey invented the heart pump and pioneered the bypass operation in the US. Harvard University professor Elias Corey won the Nobel Prize in chemistry in 1990, Danny Thomas is the leader in the field of research and treatment of childhood leukemia and is the founder of St. Jude Research Hospital in Tennessee. Amin Barakat, a physician most known for the diagnosis Barakat Syndrome. Amin Arnaout, a physician-scientist and nephrologist and Professor of Medicine at Harvard Medical School. In sciences, most notably Ali Chamesddine Lebanese physicist known for his contributions to particle physics, general relativity and mathematical physics. And the admirable George Helou, an astronomer who is the Executive Director of the Infrared Processing and Analysis Center (IPAC), Deputy Director of the Spitzer Science Center, and Director of the NASA Herschel Science Center. He is one of the leading scientists at NASA and his work helped the space agency with the “Trappist-1” discovery. It is the first known system of seven Earth-like planets around a single star.
We also pay homage to one of the founding fathers of modern electricity. Hassan Kamel El Sabbagh, an MIT graduate, has over 40 patents in his name. He discovered the processes of nuclear fission and invented a television powered by sunlight.

Here are some Lebanese Americans names that have established themselves as prominent economy drivers in the US. Anthony Fadel, an inventor and angel investor who served as the Senior Vice President of the iPod division at Apple Inc., he is known as “one of the fathers of the iPod.” Maroun is the owner of CenTra Inc that controls the Ambassador Bridge, the only privately owned international crossing connecting the US and Canada. The bridge is currently estimated to be worth $3 billion. Joseph Dahr Jamail Jr. was the wealthiest practicing attorney in the US and earned his place on Forbes Most Successful Men in America. Robert Naify was known for owning the largest and most geographically diverse theatre circuit in the US, today part of Regal Cinemas.

Contributions to the World

With an estimated 14 million Lebanese scattered around the world, they have been given the tools to create great things and continue to leave their mark on the world. To name a few success stories from our diaspora:

Lebanese Robert Mouawad owns one of the most luxurious jewelry lines in the world.  Mouawad Jewelry is the proud owner of one of the most dazzling gem collections of the world, including Dynasty, a 51.12-carat Russian diamond estimated at nearly $10 million. Lebanese-Mexican Carlos Slim Helu holds his place as the 5th richest man in the world list for Forbes 2019. He controls America Movil, the biggest mobile telecom firm in Latin America, and owns stakes in Mexican construction, consumer goods, mining, and real estate companies, and 17% of The New York Times. Lebanese-Swiss Nicolas George Hayek was the co-founder, CEO, and Chairman of the Board of The Swatch Group. His family still resides over his $4.1 billion Swiss watch industry.

The story comes full circle to end where it started – Lebanon. Today we ask our Lebanese Americans to pay homage to their ancestors and extend a helping hand to the land left behind. At Our New Lebanon, we strive to be constant reminders of our ancestors’ achievements and use our Youth’s ambitions to strengthen the bond between Lebanon and the US. One land gave us life and the other gave us a second chance at life.

We aim to strengthen trade bonds between Lebanon and the United States by advocating for an open, regulated, and formulaic multilateral trading system that both countries will participate in and benefit from. The ultimate goal is to reposition Lebanon as an attractive and strategic hub for global trade that connects the East and the West.

Economies with strong international trade agreements nourish and develop faster, improve productivity and efficiency, create innovative job opportunities, and support higher incomes. Integrating Lebanon and the US in a trade value chain will not only lift the Lebanese economy but also reduce the financial stressors that threaten the Lebanese middle class. Communities will have access to affordable products and services as the market restocks and offers competitive prices. Open trade agreements will also facilitate transporting goods across border customs, promote efficient and reliable logistical services, and support healthy and competitive markets.  This system will also encourage people to mobilize their capital and increase local investments as they regain their trust in the economy and markets. 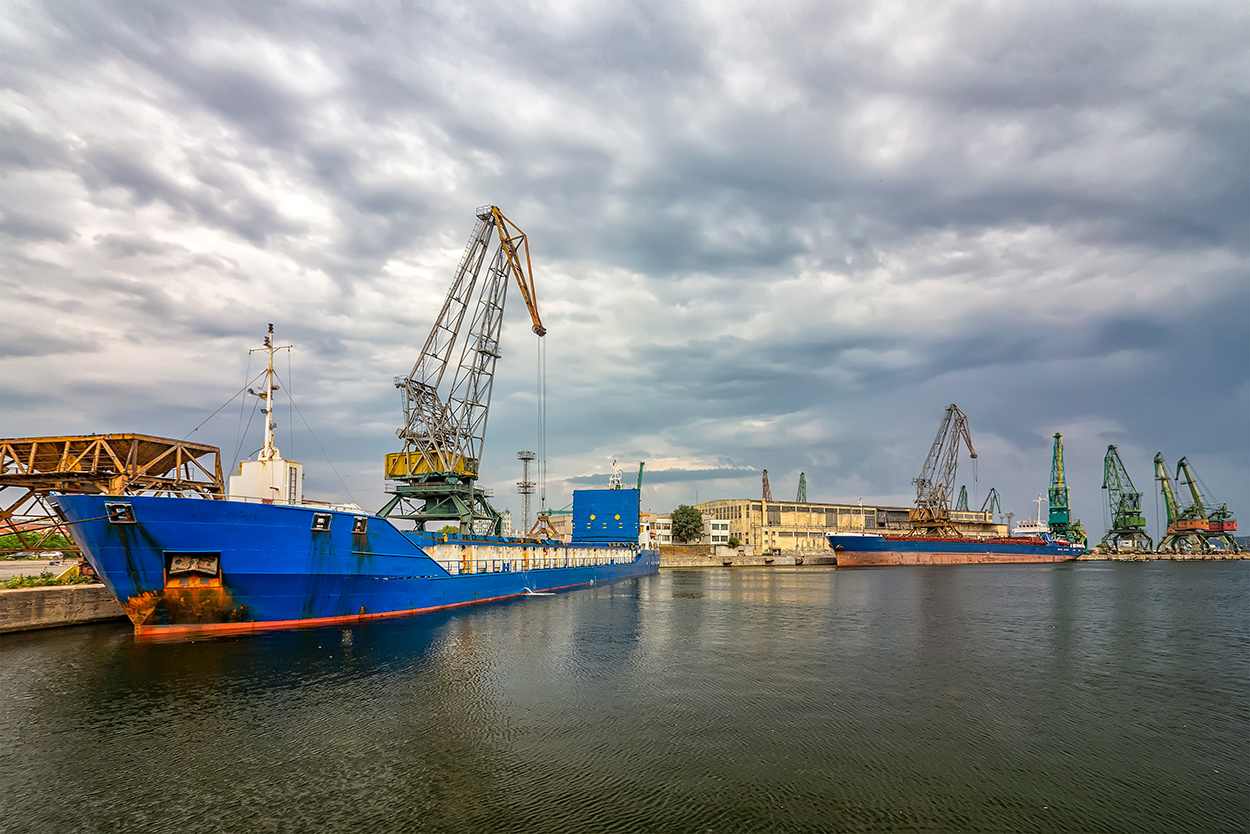 In 2015, Ambassador Hale highlighted the recent re-authorization of the U.S. Generalized System of Preferences (GSP) program, which strengthens commercial ties and promotes economic growth and stability in Lebanon by granting Lebanese products a competitive advantage in the U.S. market.
The long-standing GSP program provides preferential duty-free entry to the United States for eligible products from Lebanon and 121 other beneficiary countries and territories.  Although the program lapsed in 2013, a recent law reauthorized the GSP through 2017 and also made GSP benefits retroactive, which allowed the U.S. Customs and Border Protection (CBP) to refund duties paid on eligible GSP products during the lapse.  Lebanon is a major beneficiary of GSP, with the opportunity to export approximately 3,500 products to the United States duty-free under the GSP program. It is crucial that the (GSP) program stays in effect.

One of our organization’s top priorities is to combat terrorism in US and Lebanon and to solidify cooperation in developing security measures that guarantee safe and resilient nations.

The United States and Lebanon face many common threats, including the proliferation of weapons, the growth of state-sponsored terrorism, and the spread of radicalism. Lebanon is on the front lines in the Middle East, and we aim to confront shared enemies and serve as a capable and strong ally to the US. 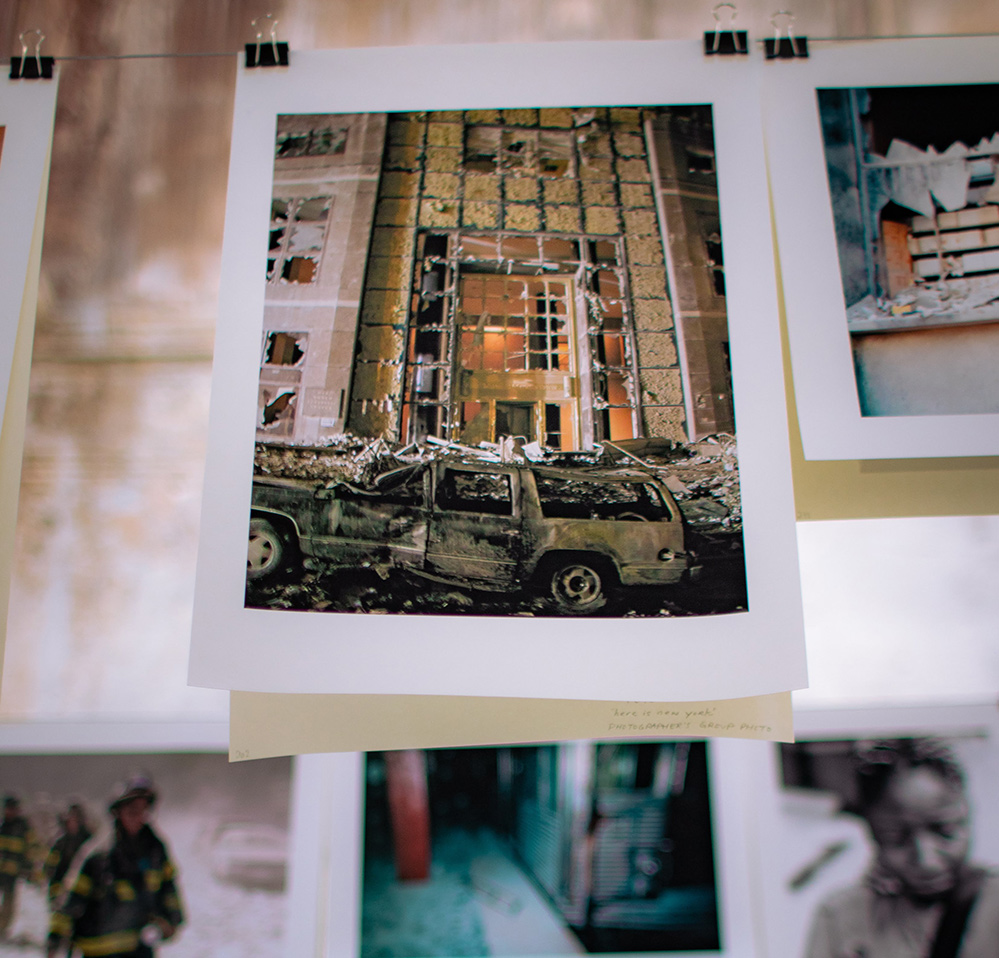